You may have been hearing a lot about Snapchat and how many people are using the app. I think that the majority of you reading this that do not currently have an account, within the next year you will do.

Snapchat started as a mobile messaging app on which people can send text, photo or video messages. It also allows for these to be further customised with filters and the ability to draw and write on top of images and photos. A feature that made Snapchat messaging different to other messaging apps is that they could only be seen for a number of seconds. Although before being disappearing from a viewer’s screen they can use their phone’s screenshot function to save photos.

It is extremely popular among young people with the majority of people currently using it being between the ages of 13 and 24. However, the average age of a person using the app is rising as it becomes more popular and the Snapchat team add new features. Interestingly, Snapchat CEO, Evan Spiegel, said that “Vodafone has attributed 75 percent of its customers’ upload bandwidth usage in the U.K. to Snapchat.”. This says a lot to me about the engagement of Snapchat and the amount of creativity and effort people put into content that they produce with the app.

Since it started as a messaging app, the developers have added other major features such as the “Stories” section. These allow people to string together pictures and images together to create a narrative. These “Stories” can be seen by everyone that has added you and last for just 24 hours before disappearing. 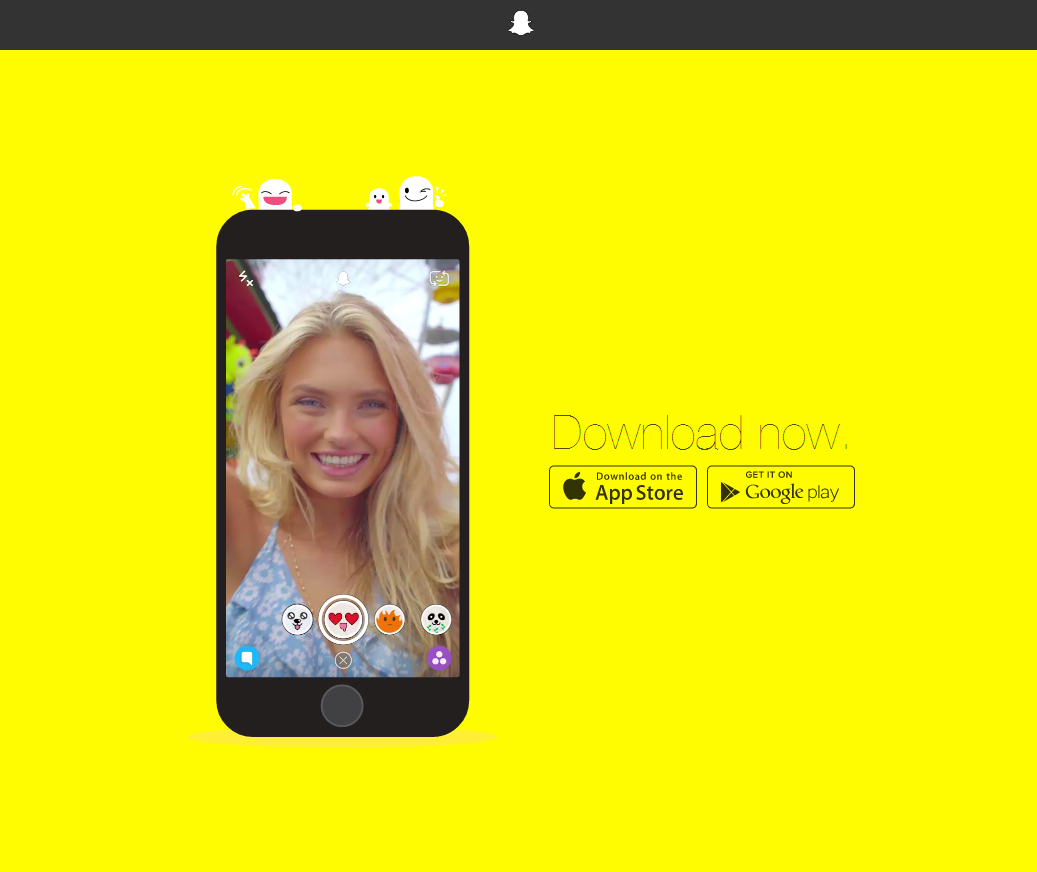 You can add me on Snapchat by scanning this into the app or adding me via my username which is ‘becomeknownweb’.

Something that I love about Snapchat is how it feels like a platform that encourages you to be creative and provides basic tools to do so. Having rather basic tools reduces the level of entry which I think is positive. I have added a number of other people as friends on there and the level of creativity from others makes for a great experience. This is in contrast to Twitter where it is easy to automate content purely to be seen by people that follow them without offering a great deal of value.

Unlike other social media platforms, it feels like a concept that has truly been designed around the mobile experience. For example, it’s major features are based around the camera but there is not necessarily an expectation that the photos and videos will be shot to a professional standard. It’s more about the telling of your story.

Snapchat has been evolving quickly and the quality of the app has really impressed me. It shows up the lack of innovation in other social media platforms such as Twitter, which I still think is an amazing concept and experience, but has stayed pretty much the same for a number of years and suffered as a result in terms of user growth and engagement. As I mentioned earlier, Snapchat has “Stories” which are people’s photos and videos that they have created over the past 24 hours and two other parts of this section are called “Discover” and “Live”. Discover features content from a number of selected large brands such as Mashable, Comedy Central, Sky Sports, MTV, Buzzfeed, The Sun and National Geographic. Content from the “Live” section is also featured here.

The GIF above is from the Snapchat “View Stories” page.

“Vodafone has attributed 75 percent of its customers’ upload bandwidth usage in the U.K. to Snapchat.”

One of the things that I have noticed on Snapchat is how engaged I am with the content that people post on there are compared to other social media platforms such as Twitter, Facebook, Instagram, Pinterest and LinkedIn. These apps, in many ways and as time moves on, are very similar as they are feeds of information that you scroll through. It is easy to miss a large percentage of the content with this structure and it also seems to encourage people that posting content of any level quality is better than nothing which is wrong. Quality counts! The Snapchat structure means that content takes up the whole of your phone’s screen. You can skip photos/videos but I still feel more engaged with the content than, say, the average tweet.

These are a very interesting part of Snapchat and can be used by individuals and businesses to customise their photos/videos by overlaying graphics. These are not available everywhere but are based on your location and they are available for a set period of time. Snapchat provide “Community” and “On-demand” Snapchat Geofilters. Community Geofilters are free and suited to cities, universities and local landmarks but they cannot contain brand logos.

Here are a couple of examples of Geofilters: 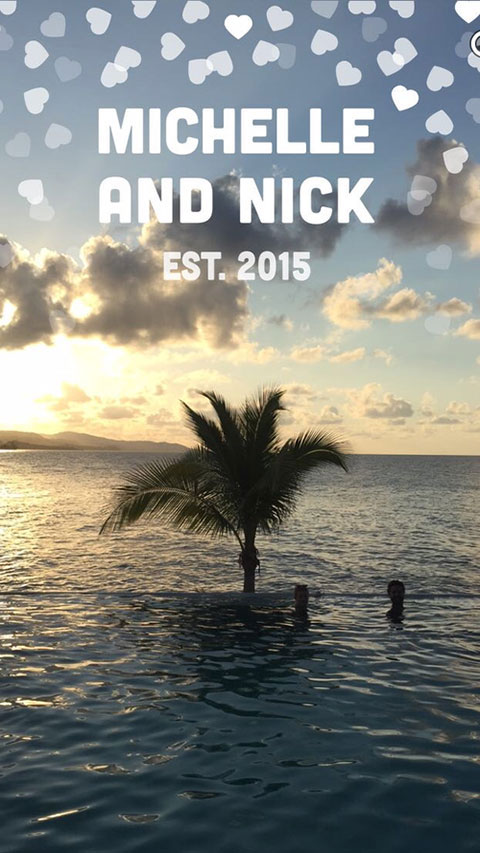 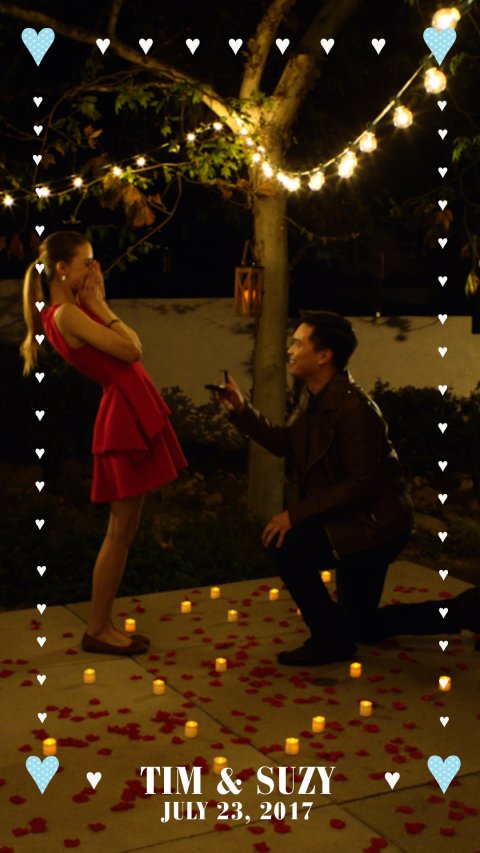 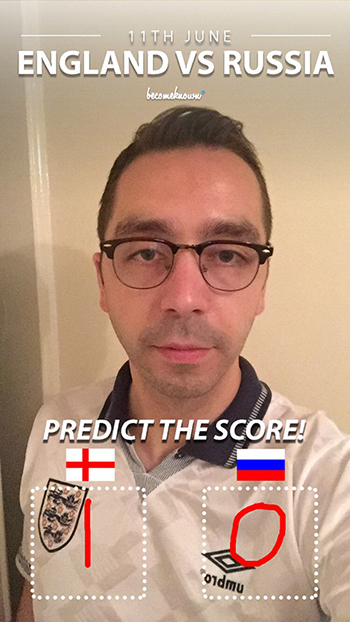 A Snapchat Geofilter that I recently made.

These allow for more branding so you are able to place your logo on them and they are more tailored towards promotion of some kind. Most Custom Snapchat Geofilters that I have seen by brands are well designed but are quite conservative in terms of their idea. Considering that Snapchat allows people to draw and write text on top of their photos, it means that you can encourage people to interact with your custom geofilter.

For example, I recently created a custom geofilter to be used at the Hyundai FanDome in North London for the England vs Russia football match in the European Championships. As part of this, I included the date, my logo and who was playing but I also included a couple of boxes under an England flag and a Russia flag and encouraged people to enter their score prediction. Not exactly the most complex idea in the world but I felt that it was a good fit for the audience and might encourage them to use and share it more than they may otherwise do. 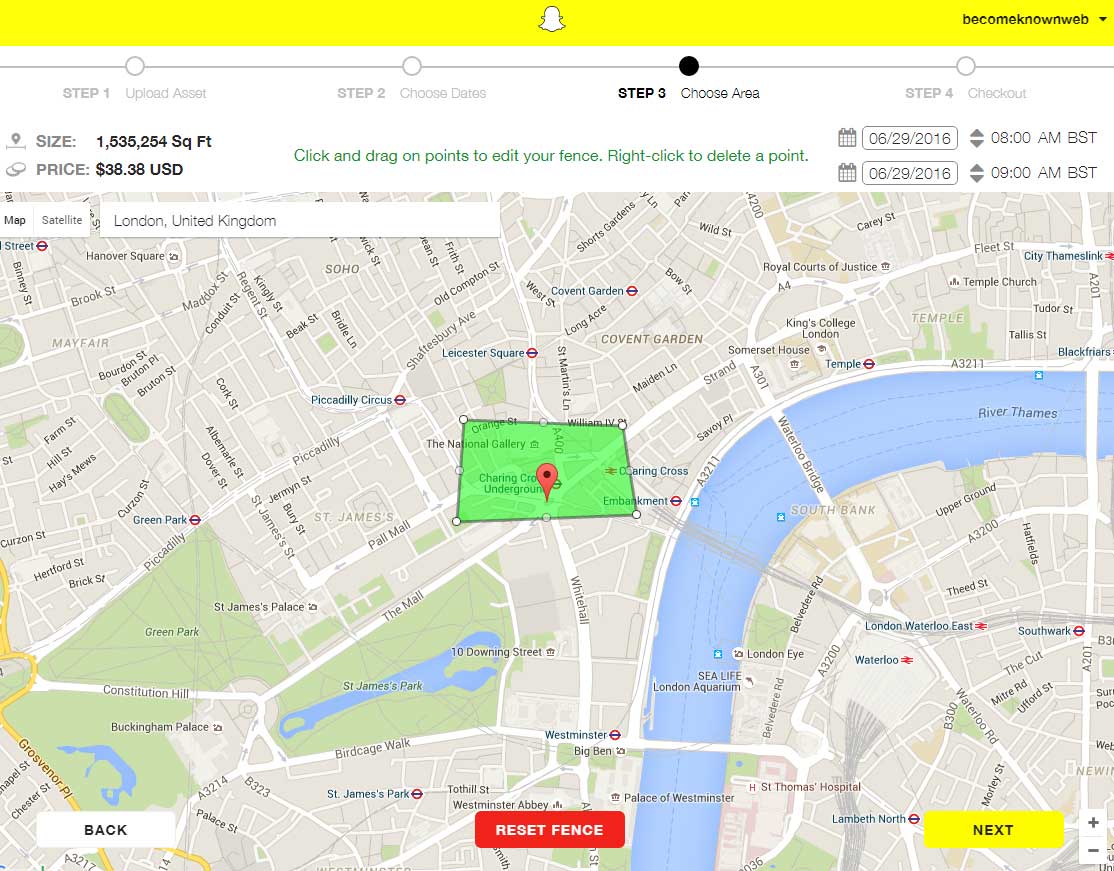 Setting up a Custom Snapchat Geofilter

Another simple idea for an industry conference would be to provide a box for people to write what they are hoping to learn from the conference or who their favourite speaker is. As well as encouraging people to use the geofilter, it would be a way to receive some feedback on the conference.

Whilst you may not see all of the uses of a geofilter on Snapchat, people can download these photos/videos onto their phone and then share them on other social media platforms such as Twitter. If you encourage people that use the geofilter to use a specific hashtag, you can then search with this and look for uses of it. You can also encourage people just to tweet you directly after they have created a photo/video with your hashtag.

I will be publishing a post specially based around custom Snapchat geofilters soon.

Hopefullly, this post has given you more of an insight into Snapchat and why it’s so popular right now. It’s evolving quickly and I’m very excited to see which direction that take with it and how it affects the media industry as a whole. I will continue to write more posts on it so please feel free to sign up to my mailing list, adding me on Snapchat or Instagram, liking the Become Known Facebook Page or following me on Twitter to get notifications of them!

I can Create a Custom Snapchat Geofilter for you